It was 13 years ago when Whitethumbs and I first met, waging virtual war late at night within a crowded voice chat server. We were both young. Myself, 13. Whitethumbs, 14. We both had a passion for competitive gaming. We made fast friends, as we were both goofy and talkative. Little did I know the impact this friendship would have on my life.

After a night of gaming began to wind down, we decided we should exchange contact information to play again another night. With a few strokes of the keyboard, Whitethumbs was invited within ‘messenger’ among my friends in “real” life.

After further discussion over digital battle, I learned that he, too, was from Canada, as his maple leaf clad avatar proudly demonstrated. After several late nights of gaming, I found out that he lived in a small Western Canadian city. I happened to have family there and had visited the previous summer. Small world.

Two years later, my family decided to pack up our lives in snowy central Canada and move to the same small, beautiful city where Whitethumbs lived.

Moving is hard on young souls. The summer that followed would be the saddest and loneliest of my life. Being young with no friends, isolated, adjusting to a beach-y social culture, I withdrew to my bedroom. My computer became the foundation for what would become my social universe.

The clouds had a silver lining. It was the same summer where Whitethumbs, the voice within my headset, would become a dear friend. Long nights were spent laughing, whooping, yelling loud impressions and belting out sound effects at the top of our lungs. We fought wars, solved puzzles and — above all — shared our thoughts and feelings.

I began to feel much less lonely. I always had someone around to talk to and play games with. It kept me out of trouble. When you interact with people over headsets, free from superficial judgement, you meet true and honest personalities.

Whitethumbs was an optimist of unwavering self-confidence. He was the happiest and most well-meaning individual that I have yet had the pleasure of meeting. No matter the circumstance, his sunny character always shone through. Over time, we began to connect over many things…

Decisive victories, crushing defeats. Failing to pack weight on our skinny gamer frames… The definitely related inability to woo the opposite sex. The tribulations of adolescent life, our parents and how we both grew within loving homes, with a cooler and more socialable older brother. Performing in school despite moonlighting as virtual combatants — a few of the bonds we shared.

Whitethumbs always had something positive to say and could laugh off anything. Anytime I felt down, he would jokingly cheer me up by yelling like Skeletor. On rare occasions we would decide to meet each other outside of our comfort zones, in human form. Our first meeting was a scene. Two socially awkward best friends, meeting each other for the first time. We went to a movie.

The first time we saw each other we broke into a laughing fit: “so this is what you look like!”. As we both struggled with how much or how little eye contact to make and how to interact with goofy physical bodies in the way. We somehow managed to gangle our way to our seats in the theatre.

The moment we sat down beside each other and had something to focus our attention upon, everything went right back to normal. Both our minds engaged in the enjoyment of an art form, sharing in the experience and having a relaxing time. Our friendship continued to grow.

He was the voice on the other end of the headset during several major life changes: physical re-location, accelerating academic demand, Adjustment to working life, when I met my significant other; no matter what was going on, we managed to invest countless happy hours in play. Years of laughter and sharing jokes within games or messenger clients — all time beautifully well spent.

So beautifully, in fact, that you can forget the preciousness of these moments. When people view the gaming, room-dwelling type from the outside, they see people who have shut off themselves. “Escaping” into the digital world because the “real” one has become unfruitful. Hiding, becoming introverted, wasting time, wasting life.

These all comments thrown unfairly towards the gentle, misunderstood computer-folk. These critical people never meet the voices on the other end of your headset. They do not know the true, lasting connections you can make with others through a computer, where two souls are free to share their favourite hobbies, safe, relaxed, and comfortable in their own homes.

It was earlier this week that a mutual friend messaged me with a bulletin from the Police. Whitethumbs has gone missing while on vacation with his family. He was celebrating the great new job he had just received. His reward for (somehow) powering through an Environmental Chemistry degree.

We were just laughing and slaying zombies two weeks ago… He will turn up.

Everything is going so great for him right now.

The RCMP are searching for him with helicopters and canines, but they are unable to find him.

The RCMP are still searching. Where did you go, Taylor?

They are going to try to look for him in the river near his lodge.

They found a hole in the ice.

I am at home after work, staring at the computer.

Someone has shut off Whitethumbs’ computer. 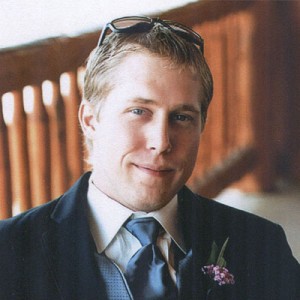